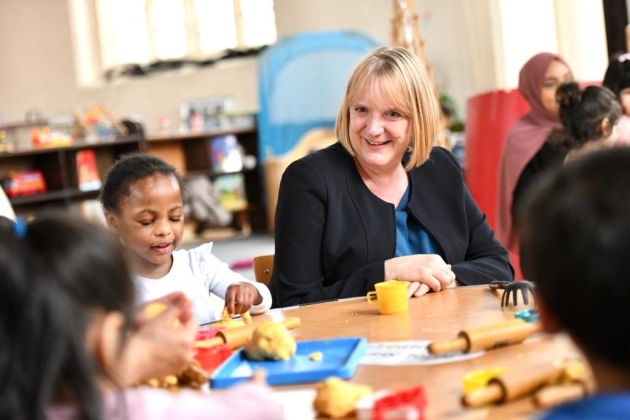 London’s deputy mayor for education and childcare has visited a Manor Park nursery to find out about the support it is providing to families.

Joanne McCartney met staff, parents and children at Kool Kidze St. Barnabas Preschool, which is part of the Working Together Hub – one of three early years hubs across the capital which were set up to improve quality and participation in pre-school education.

The Newham hub, led by Sheringham Nursery School, brings together early education and childcare providers in the borough and works with families to increase the take-up of free childcare for two-year-olds. Through its involvement in the hub, Kool Kidze has been able to work with other early years providers, benefitting from staff training opportunities and the support of a mentor. 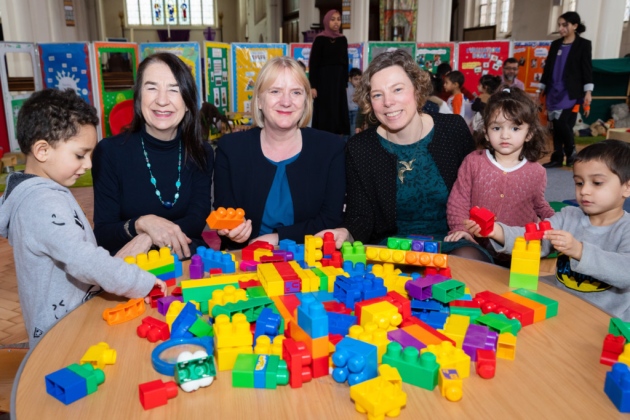 Headteacher at the Browning Road nursery, Sohail Khan, said: ‘Being part of the Hub has been very beneficial for us. At Kool Kidze, we invite two-year olds and their parents into the nursery for a once-a-week preview. The sessions have raised the intake of two-year-olds in our setting.’ During the visit on Tuesday, March 10, Ms McCartney took part in a group discussion with staff, spoke with parents and joined in with a children’s singing session. The nursery currently as 50 children on its register, with 26 being two-year-olds with a free place. 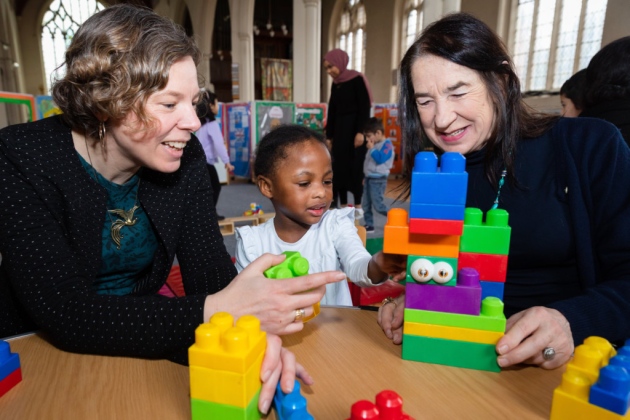 Cllr Julianne Marriott and Cllr Jane Lofthouse play with a child during the visit to Kool Kidze. Picture: Vickie Flores

Ms McCartney said: ‘It is crucial that the youngest Londoners are given the opportunities they need to succeed from an early age. ‘That’s why the mayor created the Early Years Hubs to support families and nurseries to give children the best possible early education. ‘Everyone at Kool Kidze should be proud of their work in expanding early years provision for families in Newham, and I urge other nurseries to follow their example.’ She was joined on the visit by Newham Council’s lead and deputy members for education, Cllr Julianne Marriott and Cllr Jane Lofthouse. Cllr Marriott said: ‘The hub is all about improving the life-chances of young children in Newham and ensuring that high-quality early education helps children to get the best possible start in life. 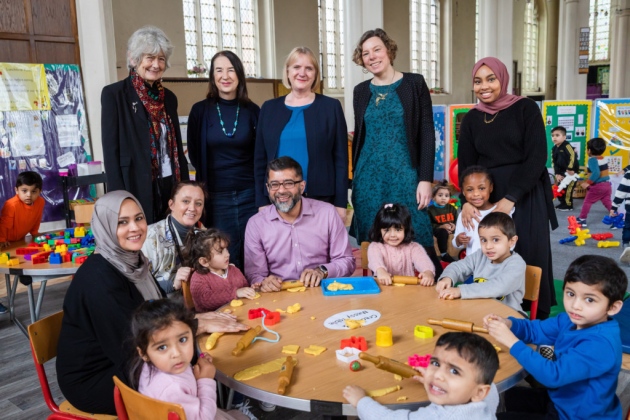 ‘This means that the children here have lots of fun, learn new things every day and the nursery also provides extra help for children with special needs and disabilities.’